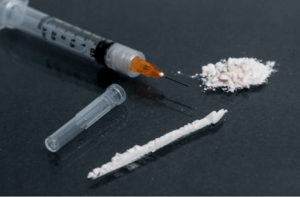 Heroin comes from a resin that is found in the seed pod of the Asian poppy. According to the National Institute of Drug Abuse, heroin addiction costs about $51,000 a year for each heroin user. Heroin use increased five times in the last decade in the U.S. Approximately 13.5 million people in the world take opioids, or opium-like substances, including 9.2 million who use heroin. Heroin is the most commonly abused opioid, partly because it is one of the fastest acting opioid drugs.

The World’s View on Heroin Addiction

According to the book “Addiction, The Facts” by Dr. George Crabb and Stephen Curington, heroin masks the real root problems in a person’s life. Heroin stimulates neurotransmitters in the brain that create a false sense of enjoyment. The sense of pleasure is only temporary and is not reality.

Heroin sold on the street is rarely pure. The most effective way to use heroin is to inject it, but it can also be smoked or sniffed. Because of the fear of communicable diseases because of sharing of needles, it is more popular to sniff it or smoke the drug.

A person that uses heroin will have a euphoric feeling immediately after taking the drug. Heroin interacts with the body’s biological system and has a chemical composition that imitates the body’s natural endorphins.  When heroin is used, it is absorbed into the blood strum and crosses the blood-brain barrier, saturating the brain tissue. It then attaches to the endorphin receptors, taking the place of the naturally occurring endorphins. Endorphin receptors are located in different parts of the brain, and this leads to the specific effects and consequences of the drug. One of the areas that has a high concentration of endorphin receptors is the area of the brain that controls pain. So, as the heroin attaches itself to these receptors, a person will feel less pain, and the surroundings that the person is in would feel less threatening and dangerous, and this leads to risky behavior. This is called euphoria, and the person feels happy and calm, and this is the reason why so many individuals get addicted to heroin.

There are other consequences of heroin addiction as the endorphin receptors bind to other parts of the brain and body. The user will have a decreased mental function, and his/her actions are often diminished. Breathing can slow down and can even cause respiratory arrest. Many users complain of a dry mouth and a heavy feeling in their extremities, as well as bouts of nausea, vomiting and restlessness. Hunger and thirst are decreased, leading to dehydration and malnutrition. There can also be mood swings, lethargy and depression.

Long-term effects include insomnia, collapsed veins in people who inject the drug, damaged tissue inside the nose for people who sniff or snort it, infection of the heart lining and valves, abscesses, constipation and stomach cramping, liver and kidney disease, lung complications, including pneumonia and respiratory depression, mental disorders such as depression and antisocial personality disorder, sexual dysfunction for men, and irregular menstrual cycles for women. There are also consequences to the heroin drug itself because of additives that have been added to the drug. These additives can be poisonous and can cause permanent damage to the organs mentioned above, and can ravage the body and cause death.

A huge problem with heroin addiction is the aspect of tolerance, which is the user’s ability to achieve the desired high with the same dosage he/she started out with. The user needs to continually raise the doses of heroin to feel like he/she did the first time. However, the person can never achieve the sensation of the “first high”. Tolerance is dangerous, and the more heroin that is put into the body, the greater chances there are of unwanted side effects. Heroin can be mixed with cocaine or alcohol, or other drugs, and these combinations can cause respiratory failure, cardiac arrhythmias, and death. Overdoses can occur, and is the worst possible consequence of heroin use. Unfortunately, it is the most common.

The Biblical View of Heroin Addiction

God’s Word tells us that our bodies are the temple of God, and we belong to Him if Jesus Christ has died on the cross for our sins. (I Corinthians 6:19-20.) We have our identity in Him (Ephesians 1: 3-14) and have a purpose to fulfill in our lives (I Corinthians 10:31) which is to bring Him glory with our bodies.

For many people, the lure of using heroin is appealing, because of the euphoric feeling that it gives. According to Mark Shaw in his book The Heart of Addiction: A Biblical Perspective, using heroin is a worship disorder, and an idol in their lives. He writes, “Worship is reverence offered a divine being or supernatural power, and any thought, word, or act is worship.”

“So, whether you eat or drink, or whatever you do, do all to the glory of God.”

The word “idolatry” can be applied to any pleasure that becomes so excessively desired that it replaces the desire to worship God. This may include drugs, alcohol, sex, gambling, sleep, television, internet, exercise, sports, etc. Heroin addiction, or the euphoric feeling it gives, can be placed in this category. 2 Timothy 3:4 identifies persons who desire an idolatrous pleasure more than they desire to honor God as, “lovers of pleasure rather than lovers of God”. After a period of time, using heroin becomes an habitual sin because of the effect of the drug on the user’s body. There is a physical component to this substance addiction that demands to be met.  Detoxification from heroin is not enough. Habits must be replaced, poor habits for good habits. A heroin addict can’t just “break the habit” after “detoxing” from the physical dependence of heroin. It is much more involved because of the effects of the heroin on the body. There are medications that can be used to help with the withdrawal process, and/or weaning off of the drug. Detoxification and behavior therapies are often used, but God’s way of dealing with the addiction is the best. A person must replace the use of heroin with something constructive. In the Bible, this is called “putting off” and “putting on”. (Galatians 5:19-24) We are to put off the works of the flesh and put on the works of the Spirit. A heroin addict needs to know the Lord as his/her Savior first, and then have intensive discipleship training in learning to trust God to overcome the desire to use heroin and/or other drugs in his/her life.

So, if we are believers in Jesus Christ, we are new creatures in Him, and old ways or habits are gone. (2 Corinthians 5:17-18) The Holy Spirit living inside of us can give us victory over any addiction if we put our faith and trust in Him. (1 Corinthians 15:57, Philippians 4:13)

According to the National Institute on Drug Abuse, the first stage is drug experimentation in which the user is introduced to heroin at a time when he/she is particularly vulnerable, and wants to fit in socially with the crowd, or uses it as a relief from stress. Positive reinforcement from friends can easily push the person into the next phase.

Stage two can be a fork in the road for many people.  If the person is regularly using heroin, then there is a likelihood of high-risk behavior such as driving under the influence of drugs, emotional volatility, depression, and other changes in the body and mind, as a person is becoming addicted to the drug. The user may withdraw from family and friends, has problems limiting the amount of the drug being used, and will usually try to justify its use to avoid dealing with the problem.

Stage three is the risky use/abuse stage and can occur quickly after stage two. During this stage, the user begins to prioritize drug use over other facets of life, and becomes unaware of the consequences of his/her behavior. There are some warning signs to watch for in stage three which include physical or psychological cravings, depression/irritability, or extreme fatigue if the drug cannot be accessed easily. A user can also develop hypersensitization, which means that the person will develop greater pleasure the next time he/she tries heroin, and the body will start to want a greater amount, and will take the drug more often. The biological need, combined with the psychological cravings, easily pave the way for full dependency to take over in Stage 4.

Stage 4: Abuse of Drug without Limitations

This is the final stage of heroin addiction. Characteristics of this stage include continued use of heroin regardless of the negative consequences, the impacts of physical and mental health, poor performance at work or a job loss, or engaging in criminal activity to get the drug. Personal relationships are jeopardized or lost, as a result of complete dependency on the drug. At this stage, in order for a user to enter recovery, he/she usually has hit rock bottom, an arrest or detention in prison, or a near death experience, or the loss of a loved one before he/she seeks addiction treatment.

Need Help with a Heroin Addiction?

Contact one of our Commissioned Addictions Biblical Counselors, or find a biblical program near you: we have a map of residential and non-residential programs.

Are you a leader wanting to help addicts? Check out this disciple-making curriculum we created just for you entitled Next Steps: Be TRANSFORMED.