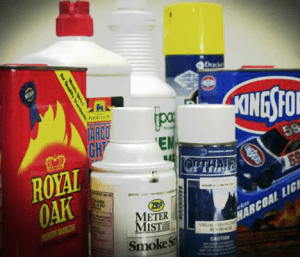 Inhalant drugs are typically commonly found chemicals that are inhaled through the nose or mouth for the purpose of getting high quickly. These inhaled chemicals are rapidly absorbed through the lungs and directly absorbed into the bloodstream, causing a direct effect in the body.

The category of inhalants is huge and widely available for purchase in grocery and hardware stores. Because these items are so readily available, it is difficult to limit their access from those who want to use it to get high instead of for the item’s intended purpose.

Most people don’t think of these items as addictive substances. Nonetheless, these items are still abused and users “get hooked” on them.

Why do people inhale these everyday items? Because it produces a feeling similar to being drunk.

Getting high using inhalants may not seem like a very big deal but it is very dangerous. In our society there is often a focus on the danger of opiates and illegal drugs along with the impact they have on people’s lives, but there is not always a focus on the risks of addictive inhalants.

It is important for people to be aware of the dangers involved with inhalant drugs.  When inhalants are used it can induce an irregular and rapid heart rhythm that can lead to fatal heart failure.  This is known as Sudden Sniffing Death Syndrome (SSDS).  55% of deaths linked to inhalant drug abuse are caused by SSDS.  There is a danger of SSDS on the very first use of inhalants or any subsequent use of inhalants.

Inhalants can be a “gateway drug” for many young people starting as early as elementary school but becoming more prevalent in middle school and high school. Drugabuse.gov reports that, when comparing inhalant users to non-inhalant users, those with a history of inhalant usage from a young age have a higher prevalence throughout their life of substance use disorders than those who do not use inhalants from a young age. By the time students in the US reach the eighth grade, one in five will have used inhalants.

The short term effects of using inhalant drugs can mimic those of being drunk which include slurred or distorted speech, lack of coordination, euphoria (feeling high), dizziness, lack of energy, drowsiness, headache, nausea, and vomiting. The long term effects of using inhalant drugs are withdrawal, unwanted weight loss, muscle weakness, disorientation, impaired thinking ability, dementia, and damage to major organs, along with other things.

What does the Bible say about inhalant drugs?

Dr. Mark Shaw, in his book The Heart of Addiction, says,

“While there may be many approaches to addiction, at the heart level there are really only two approaches: God’s biblical approach and mankind’s worldly “wisdom” approach.”

This distinction is important when considering what the Bible says about inhalant drugs. Are we going to follow God’s wisdom or man’s wisdom?

The Scriptures tell us that the wisdom that saves or that can bring lasting freedom from enslavement to drugs is God’s wisdom.

“See to it that no one takes you captive by philosophy and empty deceit, according to human tradition, according to the elemental spirits of the world, and not according to Christ.”

True hope for those who are addicted to drugs or any sinful pleasure is found in Jesus alone. We must be on guard against being taken captive by human tradition and wisdom that does not line up with the Bible.

In 2 Timothy 4:5, we find the command to be sober-minded.  This was originally written by the Apostle Paul to his son in the faith Timothy but it is very applicable to everyone and to the topic of this article. The term sober-minded means “free from intoxicating influences.” To say that someone is sober would be to say that their mind is “not under the control of a dangerous outside force.”  We can clearly see from 2 Timothy 4:5 that God commands Christians to be sober-minded and to abstain from using drugs that will cause them to become intoxicated or high.

Another important passage to consider is Ephesians 5:18 which says,

“Do not get drunk with wine, for this is debauchery.”

Even though we are not specifically addressing alcohol the argument can be made that alcohol is a drug in liquid form.  These two passages specifically and many more make it very clear that the Bible condemns drunkenness and using drugs that cause you not to be sober-minded.

We noted previously that inhalant drugs can be the starting point for many people who go on to struggle with addiction to prescription and illegal drugs. It is important to know how to help people who use inhalant drugs find lasting freedom.

The world’s help for people struggling with addiction is based on the idea of recovery. Recovery is rooted in behavior modification that allows someone to stop using drugs and get back to who they were before becoming addicted. Anytime someone wants to stop using drugs or stop drinking it is something to rejoice in, but we believe that God has so much more to offer than the idea of recovery.

“And we all, with unveiled face, beholding the glory of the Lord, are being transformed into the same image from one degree of glory to another. For this comes from the Lord who is the Spirit.”

In this verse, we see that transformation starts by having an unveiled face.  The idea of an unveiled face is talking about having your eyes opened to the truth of the Gospel.  No true transformation of life can happen unless you have become a child of God by trusting in the finished work of Christ through faith alone (Eph. 2:8-9).  Once your eyes have been opened you are able to behold the glory of the Lord and be transformed.  The word behold is more than a quick, passing glance, it means to really look, to stare at the glory of the Lord. The glory of the Lord is most clearly seen in the cross of Christ and we learn about the cross of Christ through the Word of God. Transformation does not happen without much time spent in the Word of God.

“Do not be conformed to this world, but be transformed by the renewal of your mind, that by testing you may discern what is the will of God, what is good and acceptable and perfect.”

We again see the idea of transformation in this verse.  Not only does this verse speak about the hope of being transformed but it tells us how to be transformed which is by renewing your mind.  The concept of renewing your mind is the idea of replacing wrong, worldly thinking with right thinking that honors God.  The best place to learn what kind of thinking honors God is in the Word of God.

The Cure for Addiction

True hope for addiction over inhalant drugs, or any other enslaving sin in your life, is found in Jesus Christ alone. When you put your faith and trust in Christ alone you will be born again and given a new heart which will lead to new obedience in life (Ezekiel 36:26-27). Over time, your new heart and new obedience will slowly transform your life and you will truly know lasting freedom.

Where can I go for help?

If you are currently struggling with an addiction to inhalant drugs or any other kind of drug, we invite you to reach out to one of our Commissioned Addictions Biblical Counselors or a Bible based program near you.